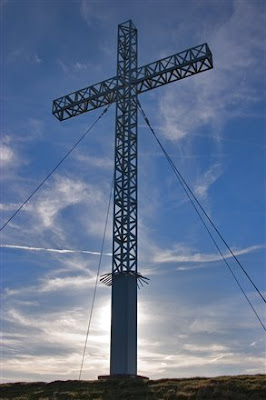 It's a very odd life. In the past twelve hours I have had two preliminary phone interviews for new jobs, set up two in-person interviews, been contacted by several friends/acquaintances who have provided job leads, interviewed a Norwegian pop star at his home in Oslo, and agreed to be interviewed on a radio show by a Conservative Christian Radio Personality(TM) in Detroit.

It's been a curious mixture of grovelling and showmanship. I have to remember which is which (e.g., whether the word "cool" is improper or expected in a given conversation; same with "database capacity planning" and "blood of the Lamb"). I'm thankful for new opportunities. I'm astonishingly upbeat. I've learned how to say "Frode Stromstad" in the proper Norwegian way. And I'm thankful to God, and I'm not just saying that for the benefit of the Conversative Christian Radio Personality.

Thank you all for your prayers and support.
Posted by Andy Whitman at 1:57 PM

I go to church with another personality on that CCRP's radio station -- she's great. My neighbor and friend, Blake, used to love to listen to said CCRP. You have my prayers and support.

A much-loved staff from our school district passed away this week. She was in her early 50's. Her funeral was yesterday. When the congregation came out of the church, close to 5 p.m., a rainbow arched across the scky.
Over your house, too.