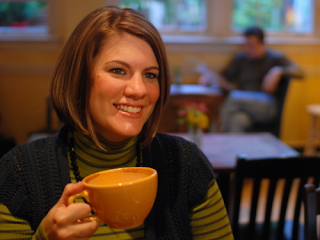 Several years ago the Christianity I had known became unrecognizable to me. At the time, I recalled an old inspirational poster that was hanging on more than a few walls back in the day. It said, "If you feel far from God, guess who moved?" Actually, it wasn't that inspirational. It was designed to inspire guilt. But I wasn't buying it then, and I'm not buying it now. I don't think I moved. I think much of the Christian Church in America moved. Me? I was still hanging out right where I had always been.

One of the people who helped keep me sane during a time of great personal and cultural upheaval was a woman named Rachel Held Evans. I never met her, but I frequently read her words. Rachel was a writer, a Christian, and a former evangelical Christian. Although our post-evangelical worlds took slightly different paths, she showed me that it was possible to hold on to one's mind and one's soul and still retain something that looked a lot like historical Christianity.

There were people who hated her. They called her a Progressive and a Liberal, two terms that were curse words in conservative Christian circles. She was vilified in unbelievably hateful ways by, yep, the Christian Church. Through it all, she wrote with wisdom and humor. I didn't agree with everything she wrote. But I agreed with most of it, and I particularly appreciated that she held out for love and inclusion. There were Christians who continually wanted to twist that and redefine it, but she would have none of it. I wanted to be like her when I grew up, which was more than I could say for the very public face of most of the American Christian Church.

Rachel died today; 37 years old. She leaves behind a grieving husband and a couple of young children. This kind of stuff can lead to crises of faith of a different kind, but no less real. It's awful. So I'm going to grieve with them in my small, diminished way, and be very thankful for a life and a witness. She made a difference to me, and to many others.