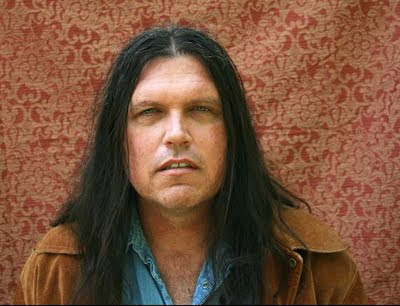 I saw Buckner "play" six or so years ago in Eugene. After an eternal opening act (can't even remember who), Richard sauntered on to stage and started fiddling with his instruments. He sort of started a sound check, got frustrated with the sound guy, cursed at all of us, and left...not to be seen again that night. Classy guy.

Jeff, I can understand why that would color your take on the guy. I've only seen him play live once, and he was great; fully involved with the music, and displaying occasional flashes (that's the best you're going to get with a miserabilist) of humor. His recorded output is also great, including his new album. And you don't have to encounter him in person.

I've loved Buckner's music since I first discovered him on his Devotion + Doubt tour. I've seen him play live six or seven times; sometimes he has been great; sometimes pretty terrible. (I've never seen him walk off without playing, but hearing that he has done so does not really surprise me.)

His last few records have not made a great impression on me. His best to date was, I believe, Since. This is the first I've heard of this new album, and I'm going to buy it pronto. Thanks for the tip.

Andy, do you know if the CD booklet for this new album includes the words of the songs? I expect not, but I'd like to know for sure before I decide which "medium" to buy.

I saw him with about 100 people near Boston about 7 years ago. Abusrd that there were so few to see him. Reminds me of Mark Eitzel in that way. How the hell is he not more popular? He is a pain in the ass on stage, just like Buckner. Gets agitated at the least disruption.

Andy, don't get me wrong. I may not like the guy, but I've had a deep appreciation for his music since someone put "Blue and Wonder" on a mix many years ago. Jerks can make great music.

Craig, in answer to your lyrics question, I don't know. I have the MP3 advance version of the album, which is, umm, lacking in visual cues.

Ah, is that how advance copies are circulated now? I suppose it helps with the clutter around the house -- or condo.

He usually doesn't print the words, so I would guess that he does not do so on this record either. It's a pity, really, because he is a great wordsmith, but does not always enunciate clearly.

I saw Buckner in Tucson (in 2000, I bellieve) sharing the stage with Alejandro Escovedo and members of Wilco/Son Volt as a backing band. Pretty great. However, Buckner treated the female bartender rather badly when she didn't get him his beer as quickly as he would have liked. I happened to be sitting at the bar when it happened. Buckner turned to me after he got his beer and muttered the words f**king c**t. Not very nice.