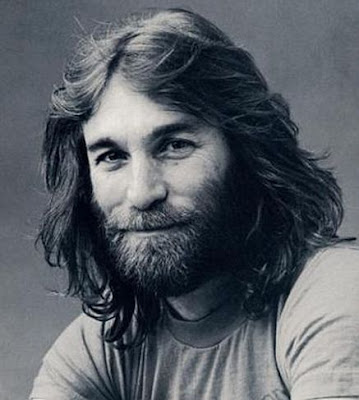 1978 was a great year for music. Punk had finally filtered down to the mainstream, and the resulting New Wave mashup of snarling attitude and pop hooks actually made it fun to listen to the radio again.

Since 1978 is now officially 30 years ago, and since record labels are fond of releasing 30th Anniversary commemorative box sets and expanded special editions and the like, it's a good time to rediscover some great music you may have missed (potty training was such a drag that year for some of you) the first time around. The recent superb reissues of Nick Lowe's Jesus of Cool and Elvis Costello's This Year's Model would be a great place to start.

But it was a pretty good year for the rock 'n roll dinosaurs, too. That fellow above is Dennis Wilson, the Beach Boy Wilson brother you probably don't know much about. Brian wrote and sang most of the great songs, Carl played great Chuck Berry guitar licks and wrote and sang. Dennis? Well, Dennis played the drums. Badly. Although he toured with the band, session drummers usually replaced him in the studio. And since his gruff and ragged voice was closer to Tom Waits than The Four Freshmen, he rarely sang on the Beach Boys albums.

But Dennis, the one Beach Boy who could actually surf, was a complex, gifted, and enormously conflicted human being, and you can hear all that and more on the reissue of his 1978 album Pacific Ocean Blue, which has been paired with a second disc of abortive tracks that were to comprise his followup album Bambu, which was never issued. It's a quintessential California album of the time (Jackson Browne would have killed for a couple of these tunes), and it's the sound of a man whose life is falling apart; full of tender ballads and almost jazzlike hymns, and pervaded by a sense of self-doubt and insecurity. It's the great lost Beach Boys treasure, and it's coming to a record store (do they still have those?) near you on May 13th. In one of the many ironies surrounding the Wilson brothers, the quiet, introspective Dennis actually released the first Wilson solo album. Alas, it was to be his last. In the crowning irony, the surfer drowned in 1983.
Posted by Andy Whitman at 9:15 AM

I am so glad this album has been reissued. This is perhaps on of my favorite albums of the 70's.

Dennis had some remarkable contributions to the Beach Boys "Love You" album.
(I wanna pick you up)

The song "Forever" off of Sunflower is a winner as well. Check it out on I-tunes.

I turned 10 in 1978. I was still mostly subject to what my parents listened to on AM radio, but in a way, that was the year I started having opinions about music. My sister and I bought an 8-track tape of the Saturday Night Fever soundtrack, and my mom was put out that music that appealed so strongly to kids came from such a "raunchy" movie. Well, Three's Company was touch and go too in our family. But the Beach Boys were "safe" music, stuff you could listen to in the car right along with Free to Be You and Me.

Later that year, a young man we had known well died of a needle-born illness, and his mother wanted me to have my pick of his records. It took years for it to sink in what the things we found in his apartment meant about his life, what my parents didn't get about Saturday Night Fever and why that movie hadn't been made for kids. I took a lot of disco stuff, but also Sgt. Peppers and Goodbye Yellow Brick Road and some Steppenwolf and Led Zeppelin records. And there was Pacific Ocean Blue, which I reckoned I could put on top of the stack to for Mom to see because the Jesus-like face on the cover reminded me of the small-time Christian songwriters who passed through the community and whose 8-track tapes we'd buy. I don't think I ever listened to the Dennis Wilson record, and none of those records have survived thirty years of my carelessness. But I will go to an actual record store and buy the reissue when it comes out to see what I missed out on in 5th grade.