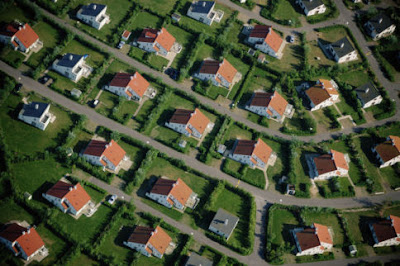 When Kate and I moved to our current Westerville, Ohio home in 1999, we had no intention of staying long-term. We had moved from Westerville to the supposed smalltown idyll of Mount Vernon, Ohio with the thought of escaping plastic suburbia. But the smalltown idyll had turned out to be a lethal mixture of insular small-mindedness and my obstinate tendency to be an opinionated, loudmouthed asshole, and it was not a good fit. We moved back to Westerville out of self-defense. It wasn’t ideal, it wasn’t what we really wanted, but it was what we could afford. Our kids were still young, and the schools were solid, and the neighborhoods were safe, and in the interim it was a pretty enough place. We lived a couple hundred yards from a reservoir, where sailboats sailed and regattas regattad, or whatever they did when those crazy long boats raced one another. We lived a half mile away from a metro park that looked like the gardens of Versailles, or at least the stolid Midwest equivalent, and the formal hedgerow mazes and prim, ordered rose bowers and Zen rock gardens were a welcome sight after a hard day in the wilds of corporate America. It was still plastic suburbia, but maybe we could make a stand for a little while.

A funny thing happened in the intervening twelve years. I came to love Westerville, Ohio. There are many reasons for this. I figured out that people are mostly the same all over, and that they are no more shallow or money-grubbing or self-serving in a suburban tract home than they are in a charming Victorian manse. I dealt, finally, with the addictions that contributed mightily to the manifold emotional and spiritual disconnects in my life. And I surrendered, really, kinda, although I have to remind myself to fly the white flag of dependence pretty much on an hourly basis. What can I say? I am a slow learner. Thirty years after praying the Sinner’s Prayer, I finally gave up, and figured out that following God meant a lot more than believing the right things, and that it had a lot more to do with being kinder, and less self-serving, and caring for and about others. I watched friends and neighbors, those faceless suburban mannequins I previously would have dismissed without a second thought in my hubris and haughtiness, struggle with pain and sorrow and unexplained and unexplainable tragedy. And, at least on my better days, I hurt for them. I would like to think that I became less of an asshole.

All that happened in Westerville, Ohio: plastic suburbia. And now we’re leaving it behind. Our kids are grown. We don’t need, and don’t want, a 4-bedroom, 2.5-bath, two-car-attached-garage kind of existence. The need to make a stand, or at least that kind of stand, is past.

We would like to live in the middle of Columbus, Ohio. Urban life. Traffic congestion. Crime. Bring it on. At a time when many of my colleagues and friends and relatives are considering retirement, planning for the good life, Kate and I are pondering a different kind of good life. Our church is in the middle of the city, and we like and love those folks, and we want to be with them. I don’t mean to make this more noble than it is. I intend no judgment toward those who have chosen a different path, and I don’t think I’m under any delusions that this will be an easy or a natural transition. I suspect it will be difficult and challenging. But I also believe that this is what we’re called to do. I’m excited by the prospects. We’ve wanted to do this for a while. Kate and I are in absolute agreement about this. And now it’s time.

But I’ll miss Westerville, Ohio. This is something I could not have even remotely fathomed ten years ago. It turned out that there were no plastic people here. There were just people, and they were as exasperatingly disconnected and as vulnerable and significant and lovable in Westerville as they are anywhere else. They mattered. They will go on mattering, and I’m thankful for them.
Posted by Andy Whitman at 1:56 PM

Andy-- Westerville will miss you but Columbus welcomes you-- But Beware- 100 year old houses have a whole new series of maintenance headaches-- But small yards take 5 minutes to mow-- Look forwarded to running into you during the daily grind of life- vs. having to plan for it. The City can be every bit as isolating as the burbs- but I think it will be a good season for you guys. BTW- if you move into my hood, I'll give you my garage code so you can use my tools etc.

Kinda makes you wonder if those who assume suburbanites are plastic have ever lived in the suburbs long enough to get to know any of them. Obviously, you did. Wonder what stereotypes will be found wanting after you spend some time in the City. I know it's a return for you, but so was Westerville.
Still have to sell the house, though. Correct?

Bill, yes, we still have to sell the house. We're just starting that process, so this is much on my mind.

You don't know me but I was pointed in the direction of your blog by a friend and enjoy reading your take on things.

There goes the neighborhood... (Westerville's I mean). There loss will be our gain. Hope to see you around soon.