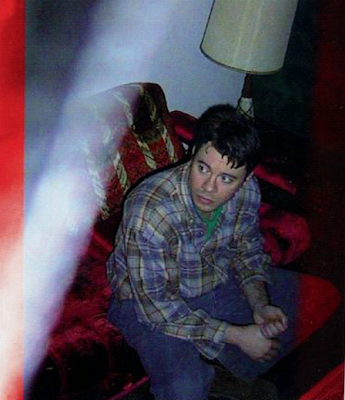 Music is a funny thing, and the journey from A to B sometimes takes you through some pathless wastes. Witness one Bill Fox, he of the nondescript name and the unfailing melodic gift. Bill was the leader of a relatively obscure Cleveland band called The Mice in the mid-'80s, who should not be confused with the contemporary pop punk band of the same name from San Diego, or Modest Mouse, or any other musical rodent. Ever hear of these Mice? Me either, but I'm told their shows were legendary, which typically means that the 20 people who saw them might be exaggerating. In any case, I'd never heard of Bill Fox until If I Had a Hi-Fi, the latest covers album from power popsters Nada Surf. The opening track is a Bill Fox tune called "Electrocution," and the first time I heard it I pressed the back button on my iPod about five times in a row because I couldn't believe what I was hearing. It's one of those perfect, chiming, three-minute jangly pop tunes that used to be all over the radio, and now are difficult to find. Think The Byrds, The Beatles, Big Star, and Guided By Voices; that kind of jangly pop. It's pretty select company, but "Electrocution" belongs there.

So that led me on a search for Bill's old band. No dice on The Mice, but I did track down a couple of Bill's solo albums, Shelter from the Smoke and Transit Byzantium, two lo-fi gems (recorded at home in four-track splendor, no less) from the late '90s on SpinART Records. These are in the folk-pop vein, but the chiming guitar runs (acoustic this time) and effortless melodicism are still very much intact. There's the semi-expected Dylan influence, too, including surrealistic choruses and the occasional harmonica solo, but at least he does it well, and these songs are far better than average in their lyrical heft. And did I mention the melodies?

I love these kinds of discoveries. Last I heard, Bill Fox works a late-night telemarketing gig at The Cleveland Plain Dealer, performs rarely and reluctantly, and has a noted antipathy toward publicity. Imagine, a guy who writes songs because he likes to write songs. What a concept. So pretend you didn't read this. But for what it's worth, the guy has made some of the best music I've heard this year, twelve years too late.

2010 has been the year of the Fox for me, too. "Shelter from the Smoke" is my most-played record, for sure. And... he'll be at the Treehouse July 24! I've been recruiting everyone within earshot to head there with me.

Also, a couple of cool links for oldie but goodie freebies:
- Over at Minimum Tillage Farming: all the "at-one-time-commercially-available mice recordings, plus the track that sat on the scat records site for download at one time, "public television." http://minimumtillagefarming.blogspot.com/2010/06/mice.html

- The Anyway Records comp "I stayed up all night listening to records": http://panda-basics.blogspot.com/2010/04/va-i-stayed-up-all-night-listening-to.html

(P.S. I feel ok linking to both since those Mice records are out of print and rare to find outside of ebay world, and Bela linked to the freebie of the Anyway comp himself on facebook.)

Thanks for the heads-up on the Treehouse show, Joel. I'll try to be there. And I'll check out those links, too.

Have you heard Byzantium Transit? It's just as good as Shelter From the Smoke, which is terrific in its own right. The guy has the usual preoccupations with Dylan and The Beatles, but wow, does he merge those influences well.

Thanks, Andy. I'm now the proud owner of these two albums thanks to eMusic.com. Nice stuff.

I know things suck on many levels just now--I'm sorry and you and your family are in my prayers.

I purchased The Mice's LP "Scooter" new in the mid-'80s (the price sticker on the cellophane says 99 cents). I thought at the time it had a Byrds vibe and I played it every several years, always wondering what happened to The Mice. Now I have a partial answer.

Also, a Mice compilation CD was released recently that, I think, includes "Scooter" and some other, more obscure work. Good stuff!

Bill plays pretty regularly at the Happy Dog in Cleveland--http://www.happydogcleveland.com/
Read about seeing him there right here--http://spitoutyourgum.blogspot.com/2009/12/just-another-sense-of-wonder.html

And he's a real nice guy.