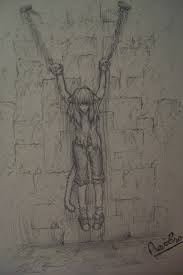 Every year about this time the weather gets warmer and the grass gets green and the birds start singing again, and I think about my mother. Her birthday is coming up, so it’s natural to associate that with the emergence of spring and new life. But in truth, there was little of new life in her.

My mother would have been 82 this year if she had lived. She didn’t live, though. She turned 60 and then died a few days later. So I think about the anniversary of her death at this time of year as well. The official cause of death was acute ketoacidosis, which is a fancy term that simply means that one’s body doesn’t produce enough insulin, and when it’s severe enough one goes into a coma and dies. That’s what happened with my mother, although, in truth, it’s hard to know if the coma was caused by insulin or the amount of whiskey she consumed.

My mother drank herself to death. She was an angry, bitter woman, and she spent the last 20 years of her life camped out next to a fifth of whiskey. She drank to forget, and when you drink enough you pass out and you forget. That’s the way it works. Before she passed out she used to beat on people and yank out their hair by the handful and chase them around with butcher knives, but that was all really just a prelude to the desired coma. What she drank to forget was the disappointment of her own life; her shitty father, who sexually abused her, and my dad, who routinely cheated on her, and her kids, who were a source of unending sorrow and consternation. We would never amount to anything, and she reminded us of that frequently. Anger. Bitterness. Violence. Then the blessed coma. Day after day, for decades until, finally, the coma to end all comas.

Now I’m pushing 60 myself, and since I’ve been contemplating my own mortality since, oh, kindergarten, it’s probably not too surprising that my mother’s death, and my mother’s age, figure prominently in my thoughts. I’m not angry with her anymore, although I was for a long time. She was hell to live with, but I’ve come to understand that she was simply a poor, mentally unbalanced woman who couldn’t cope with her life, and who took out all her own shit on her kids.

That sounds so simple, so clinical, so very rational. But it’s not. Getting there has taken decades, and much prayer, some therapy bills, some 12-step groups, the loving support of a spouse who cares deeply for me and who is willing to kick my ass, many late-night conversations with friends and family, and probably several hundred pages of journal entries and blog posts, because I can’t really process anything without pixels. Other than that, it was easy.

But I’m ready to let her go. It’s about time. And it occurs to me that I don’t know how much there is left.

Somewhere back in the forgotten mists of history there were people who set it all in motion. My mother was a sexually abused alcoholic. My father was a neglectful, dick-centered addict. But there were people before them, priming the pump, passing on the genes, acting like the addicts they were and forging the chains. My mother’s father was an alcoholic who sexually abused his own kids, my father’s mother was an alcoholic, and on and on and back and back it goes, perhaps as far back as Addicted Adam and Everclear Eve, who enjoyed a shot of ethyl alcohol or six in the Garden of Eden, or good ol’ Og and Nog in the cave, knocking back their gin and tonics with their brontosaurus steaks. I have no idea. But the chains extend as far back as I can trace; generation after generation of futility and waste, human beings shackled to a prison wall of their own making.

With God’s help, it ends with me. And if that happens, then every prayer, every therapy bill, every 12-step meeting, every anguished late-night conversation, will have been worthwhile. I believe it can and it will.

But here’s how it starts: with forgiveness. It has to start there, impossibly, inevitably. For every bruise, every scar, physical or emotional; for the damage that was done, which was real, and lasting; for the anger and the bitterness and the drunken stupors; for the missed Christmas dinners, the missed awards that were given to the kids who would never amount to anything, the missed parenting opportunities, the missed grandparenting opportunities, for the entire lives that were missed, there is this: forgiveness.

This is how it ends with me, this chain of chains. Every day. Over and over. And messing up, and forgiving again.

This is how it ends with me.

So I think about that on these impossibly bright April days. It’s a strange combination of internal thought and external reality, but that’s nothing new, either. I look outside and inside, and I’m thankful for the promise of new life.
Posted by Andy Whitman at 10:31 AM

Andy, I am not your mother. I'm not even older than you. But I am A mother and -- if it helps at all for me to sort of stand in the place of a mother -- I wanted to say I am so sorry. I am so very, very sorry. And also, thank you for forgiving. You are a good man.

I was already on the verge of tears. Tamara pushed me over the edge.
I'm catching up on a lot of my favorite bloggers today, and in an early afternoon of amazing highlights, this is in the top highlights.
I know we're the same age, but as a guy with a father's heart, let me just say I'm incredibly proud or you. I know it's been a hellacious road, but you (and Kate) have made sure your daughters have a different world to live in.
I wish we lived closer and could just hang out, as guys, as couples. Meanwhile I thank God for you and Kate.
And your brilliant writing.