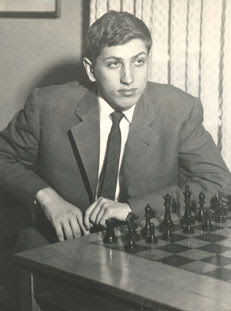 In 1972, I was the worst player on a high school chess team that was on its way to winning the Illinois High School Chess Championiship. This was actually a fairly big deal at the time, probably only because my high school sucked at all the major sports. I played chess because I thought it was kind of fun in an inconsequential and entertaining way. The captain of our chess team played chess because he had no life. He was actually very, very good, but he was painfully socially inept and ravaged by acne, and he spent all his free time poring over thick books with titles like Modern Chess Openings and Fred Reinfeld’s masterwork The Complete Chess Player. At least our captain told us that this was a masterwork, and he assigned two hours of homework from it every night. “Learn the strategies for exploiting the queen’s rook pawn,” he would tell us. I never did. I didn’t care that much, and to this day I am woefully inadequate in exploiting the queen’s rook pawn. It also probably explained why I was viewed suspiciously by my chess-playing teammates, kept on only because I bothered to show up occasionally for practices and as an alternate at meets.

While we were triumphantly ascending the Illinois high school chess ranks, a man named Bobby Fischer was beating the pants off an evil Russian Commie named Boris Spassky. Bobby Fischer was our hero. He was American, and brash, a new breed of Chess Superstar who actually courted, and received, media attention. Boris Spassky was the reigning world champion. And Bobby Fischer, at 29, stunned the world, or at least the minute portion of it that cared about queen’s rook pawn strategies, by winning the championship in a series of dramatic matches in Reykjavik, Iceland.

It was an admittedly small circle, but in our circle this was bigger than the Miami Dolphins, who were on their way to winning 17 straight games and capturing the Super Bowl as the NFL’s last undefeated team. Bobby Fischer wrote a book called My 60 Memorable Games and we all dutifully bought it. It was full of inscrutable nomenclature like N-QB3. That was a great move. Frankly, after I bought it I wondered why I had done so, and I never read it, let alone studied it. My chess days were clearly numbered. But Bobby Fischer was the King.

It turned out that he was definitely the White King, too. Fischer, who died earlier today in Reykjavik at the age of 64, ended up as a very sad man. Who knows what quirks and idiosyncracies can be explained away by genius. And without a doubt, within his sphere of expertise, Bobby Fischer was a genius. But he was also a bigot, a racist, and a hateful, angry man who lived a lonely, reclusive life. On 9/11, while the rest of the world looked at the big hole in the Manhattan skyline in stunned, sorrowful silence, Bobby Fischer rang up a radio station to hail the "wonderful news" of the terrorist attacks on the United States, and to launch a profanity-laced anti-Jewish tirade. He once blamed the disturbing downturn in the worldwide elephant population as a Jewish conspiracy. He was, in fact, crazy as a loon. And not nice crazy, either. Nasty crazy.

He was probably the greatest chess player the world has ever seen. He won millions of dollars playing a game that he considered to be life itself. He was, sadly, a disturbed and unpleasant human being. May he rest his peace, and may the King have mercy on his soul.
Posted by Andy Whitman at 12:02 PM

He was indeed a nutter, and a mean one at that.

It's all too easy to forget that prior to his winning the world championship we all liked Bobby Fischer. His eccentricities at that time were mild enough that we saw them as somewhat charming and certainly forgivable. It was as though something snapped in him after winning the world championship. What a shame. All the good that he did for U. S. Chess was cancelled out in a few brief years after his "victory".

Too bad you never read "My 60 Memorable Games," Andy. I read it again and again in my teen years. It was a hell of a lot better than anything Reinfeld wrote, and that's saying something. Reinfeld was no slouch.