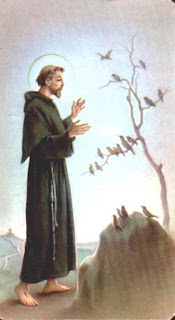 As my wife frequently points out as she attempts to talk me down from the ledge, This Present Darkness™ in the history/debasement of the Christian Church is nothing new. Sir/St. Thomas More, patron saint of my parish, lost his life precisely because a large and vocal contingent of the Christian Church sold its soul to the governing authorities. Kicking it way back, Jesus himself was martyred when the religious leaders of his day made an unholy alliance with the empire du jour. And, as my combative but friendly neighbor is fond of reminding me, more people have been killed in religious wars – theologies aligned with flags and armaments - than for any other cause. He’s wrong, and conveniently overlooks, oh, World War I and World War II, but I take his point, and don’t fundamentally disagree with him. And have I mentioned colonialism, the defense of slavery and the near-genocide of Native Americans, the ongoing hatred and persecution of the LGBTQ community, all vigorously defended by the Christian Church at one time or another, including today? It’s a sad and sorry history, punctuated occasionally by a billion points of light involving the founding of orphanages and hospitals, the defense of the oppressed, care for the untouchables and lepers, etc. The Christian Church is all those things. But I won’t argue too strenuously with you if you insist that it’s time to take the mixed bag to the curb and leave it for the latest trash pickup, particularly the way the bag has been stinking it up of late.

Still, you’ll have to pardon me, and God knows my wife will have to pardon me, if I insist that it’s not supposed to be this way. The failures of the past don’t excuse the failures of the present, nor do they make the failures of the present something other than failures. The Christian Church is capable of reform. Ask Francis of Assisi. Ask Martin Luther. Ask Martin Luther King. Who’s next? Whoever he or she might be, whoever might have the voice and the authority to speak to the sycophants and the holy nationalistic masses, let me note: it’s time. It’s past time.