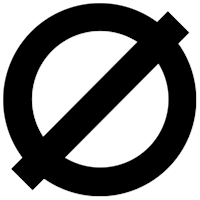 Years go by. The young man, now not quite so young, meets a youngish Catholic woman. They date for a while. He works through his addiction issues. Now he’s clean and sober. Eventually they get married, have a few kids. They live life. Thirty-five years go by, and slowly, cautiously, he tiptoes toward the Catholic Church after witnessing several decades of faithful love and service on the part of his wife. Eventually, he decides that he wants to join the Church. What do you think happens?

If you guessed that he encounters a bright, flashing sign reading “Do not get baptized. Do not take Communion. Do not pass Go. Do not collect $200. In fact, spend far more than $200 to let us figure out whether your first marriage can be ecclesiastically annulled,” then you guessed correctly.

I love the Catholic Church. The Catholic Church drives me absolutely batshit crazy. Both statements are true. That’s not my story. It’s the story of my friend, who I’ve been hanging out with on a regular basis for the past six months or so. I know why this has happened. I understand the theory, the sacramental, high value of marriage that is being upheld, all of it. And I could not disagree with it more. It’s deeply wrong, and it does a grave injustice to my friend, who WANTS TO PLAY BY THE RULES, for God’s sake. Really, for God’s sake.

So he will play by the rules. He will have tiptoed right up to the line, showed up faithfully for week after week after week, done everything he was supposed to do except be a wise human being when he was twenty years old. And he will be turned away. Wait. Maybe eventually. Not now.