The Collision of Worldviews 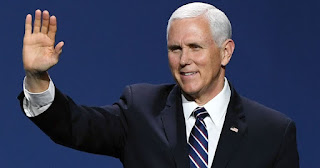 A worldview is an interpretational grid, consisting of overt beliefs and underlying assumptions, through which one sees and understands one's life and the world in which one finds oneself. A worldview answers the big philosophical and theological questions: What is prime reality - the really real? What is the nature of external reality; that is, the world around us? What is a human being? What happens to a person at death? Why and how is it possible to know anything at all? How do we know what is right and wrong? What is the meaning of human history? What personal, life-orienting core commitments follow from the answers to the previous questions?

A worldview answers those questions. Until the fairly recent past, worldviews, and the ways they were understood, could be reasonably relied upon to differentiate very distinct ways of thinking and living. Thus, for example, it would have been inconceivable for a nation devoted to socialism to elect a free-market capitalist as its president/premier/prime minister. It would have been nonsensical for an organization devoted to the propagation of atheism to appoint a Southern Baptist minister as its chairperson. These are different and incompatible worldviews.

These are different worldviews masquerading under the same label. And the worldviews collide head-on when the current Vice President is invited to be the commencement speaker for an evangelical Christian college, which happened earlier today at Taylor University in Indiana.

Until they are acknowledged as different and incompatible worldviews, the same ridiculous charade will continue. Half the students and faculty will line up and salute, and wonder why half their neighbors are incredulous and inconsolable. And the other half of the students and faculty will be incredulous and inconsolable, arranging protests and marches and promising to stay away, while half their neighbors are shaking their heads in incomprehension and wondering what all the judgmental fuss is about. All of them call themselves Christians.

Who they are are people with different worldviews. They believe different and diametrically opposed things about basic ways to live and think. It might behoove Christians, as a whole, to go back and review what used to be considered the fundamental ethical tenets of the faith. This is why the old saw about finding unity in Jesus is so deceptive and wrongheaded, and why it now turns out to be no answer at all. Which Jesus? The one who welcomes strangers and immigrants or the one who supports caging their children? One cannot equivocate about this. These are diametrically opposed Jesuses. Pick a worldview, any worldview. You're going to have to choose, and you can't play it both ways. Just ask the students and faculty at Taylor University.