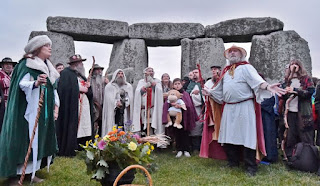 Anecdotal evidence, based on the conclusions of one person surveying a list of friends and acquaintances, suggests that there is no difference in the individual moral lives of Christians and non-Christians. For what it's worth, I don't think of the non-Christians as "pagans," to borrow a term from Herman Melville. The term is, in itself, judgmental and offensive, certainly to non-Christians. So I just think of them as non-Christians; people who look to a different worldview and a different interpretational grid through which to understand the beautiful, tragic, mysterious world in which we live.

And on an individual level, I see virtually no differences. Most of the non-Christians I know are somewhat moral, well-intentioned, frequently kind people who love their spouses and kids and extended family members and friends, do their work with diligence and excellence, and try as best they can to cope with the inexplicable crap that happens to everyone. And most of the Christians I know do the same. Each group - Christians and non-Christians - is also characterized by a significant minority of people who simply don't cope well at all; who struggle with various addictions, legal and illegal, who covet their neighbor's ass, indeed his or her entire body, and who make astoundingly stupid choices based on raging hormones and the endless pursuit of narcissistic pleasure. One might think, given the very public emphases of Christianity, that Christians might have an edge here. One might think wrongly. By the way, there's no intent to cast blame. I have been in that latter group, and I have made my appearance there as a Christian. I'm simply noting that the vaunted moral superiority that many Christians assume is non-existent from my vantage point. And yes, I'm looking outside myself.

There is, of course, more to this story than a tally of moral or immoral attitudes and behaviors. I'm a Christian because I believe the gospel message is true. I'm also a Christian because I'm quite taken with the historical person of Jesus of Nazareth, Son of Man and Son of God, and although I recognize that many days I don't think or live like him, there's still a desire in me to think and live like him. I assume that this is true of Christians in general, and perhaps even a few non-Christians.

The sea change I've witnessed over the last few decades in general, and quite specifically over the past few years, has to do with Christianity in the aggregate; the big picture. I'm not going to argue with the notion that most individual Christians make some attempt, often a noble one, to follow Jesus. But what has been incredibly demoralizing and dismaying is the public witness of the Christian Church, as a whole, in America. I am not lying when I state, as a Christian, that I believe I'm far more likely to find compassion and empathy among my non-Christian friends than I am among my Christian friends. I am not lying when I state that the Christian vision for America, as understood by roughly 70% - 80% of its adherents, bears little to no resemblance to the vision articulated by Jesus of Nazareth.

I'm a Christian. I'm a member of a local church. Like every other Christian, I've tried to seek out a local church that is an instantiation of the beliefs and behaviors of Jesus of Nazareth. The problem is that I used to see that vision in very broad terms. I may not have agreed with the specific doctrines and practices of some denominations. But I recognized Jesus in their midst. I now see and understand the vision much more narrowly. That's either the fault of my own narrowing thinking or the wholesale abandonment of historic Christianity. On the whole, I'd rather hang out with the pagans. They tend to think and live more like Jesus.