The frost isn’t exactly on the pumpkin. Here in central Ohio we’ve yet to have a frost. Still, the new Holiday (as in Christmas, not Halloween) albums are beginning to arrive, and I’ve heard a few I’ve actually enjoyed. Given the normal Christmas album fare, this is a remarkable statement. You might enjoy them, too. 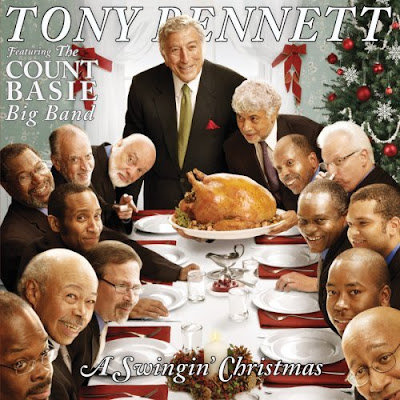 Tony Bennett is 82 years old now, and that impeccable voice is most certainly frayed around the edges. So give a slight edge here to the Count Basie Big Band (and arranger Bill Holman in particular), who reimagine these hoariest of Christmas carols and bastions of department store Xmas schmaltz as something surprisingly new and bracing. Bennett and the Basie Band cheat a little. Most people wouldn’t consider “My Favorite Things” (okay, it’s got the brown paper packages tied up with string) and “I’ve Got My Love To Keep Me Warm” as holiday classics. But they’re great standards, and Tony still sings standards as well as anyone. More importantly, the Basie Band arrangements breathe new life into even the most tired of songs, and the stacked, muted horns and Monty Alexander’s understated piano swing truly convey the Basie spirit. Tony? That frayed voice still swings like crazy, and conveys whole worlds of nuanced soul. Who else could turn the trite sentiments of “Have Yourself a Merry Little Christmas” into a sort of plaintive prayer? 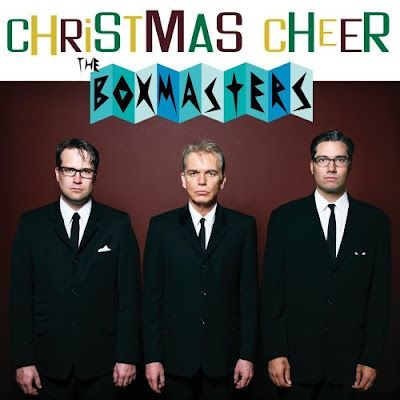 The Boxmasters are the vehicle for actor Billy Bob Thornton’s musical alter ego. Unlike similar vanity projects, Thornton actually has some musical talent, and his band is surprisingly good. Billy Bob hangs out with Dwight Yoakam, so it’s not particularly shocking that he brings the Merle Haggard/Buck Owens Bakersfield vocal swagger to the proceedings. More unexpected is the British Invasion jangle, courtesy of guitarist Michael Bulter. This is territory that has been covered by Austin’s Derailers for many years now, and if The Boxmasters aren’t quite up to those exemplary standards, they’re not that far off. More traditional material such as “We Three Kings” and “Silver Bells” sounds stiff and forced, but Thornton and his bandmates really hit their stride (or, more accurately, their lope) on John Prine’s “Christmas in Prison” and on Elvis Presley’s mournful chestnut “Blue Christmas.” 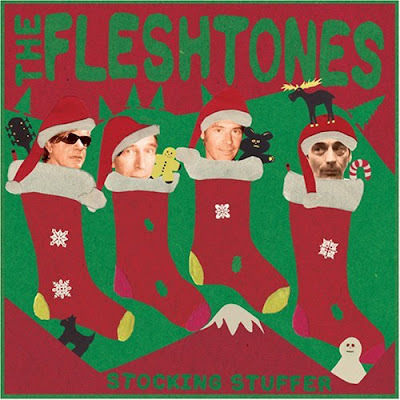 Garage rock yahoos The Fleshtones have been banging out three chords and a backbeat for 25 years now, and it’s probably too much to expect anything close to respectful veneration on a Christmas album. In any case, the resulting smorgasbord of ‘50s rockabilly classics and obscure R&B holiday fare certainly doesn’t qualify for anything that will please the devout. Representative song titles are “Super Rock Santa,” “Champagne of Christmas,” and “Christmas with Bazooka Joe.” Don’t come looking for “O Holy Night.” That said, these garage rock anthems are loud, boisterous, and lots of fun. Most surprising is the closer “In Midnight’s Silence,” in which the bashers actually get somewhat quiet and reverential and sing “the Son of God is born.” 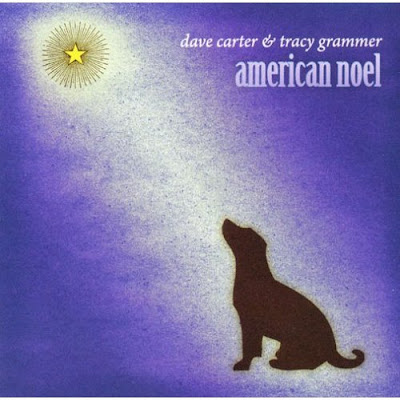 Portland, Oregon folkies Dave Carter and Tracy Grammer recorded eight (mostly) original songs for a series of holiday compilation CDs put out by a northwest department store chain. The results are compiled here, and from such inauspicious beginnings emerges some truly homespun greatness. Dave’s untimely death in 2002 derailed this promising duo, but their obvious strengths are on full display here; beautiful high harmony singing, superb interplay between Dave’s guitar and banjo and Tracy’s fiddle, and some surprisingly moving, poetic songwriting. Non-originals “Lo, How a Rose E’er Blooming” (performed here as an Appalachian bluegrass workout) and the Dickens-era social protest of “The Ditchling Carol” are superb choices, the latter sounding as relevant today, in the age of foreclosures, as it must have sounded in Victorian England. And Dave’s original songs, particularly “Footsteps of the Faithful” and the title track, are altogether lovely and gentle things, front porch ruminations on the role of faith in an increasingly frightening world. Like Dave’s life, it’s all over too soon, and not a second is wasted.
Posted by Andy Whitman at 12:10 PM