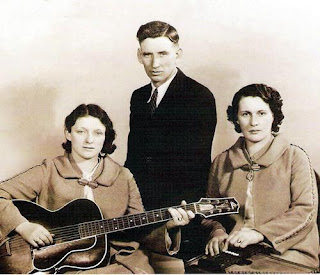 The great documentary maker Ken Burns has his shtick, and by now – almost two dozen documentaries into a life’s work – it’s readily apparent. Slowly pan in on a sepia-toned old photograph. Cue the narrator (usually Peter Coyote), who waxes poetic about a bygone era. Cut to a talking head, who brings a contemporary perspective on the old history. Liberally mix with relevant music from the era in question.

The shtick is on full display in “Country Music,” Burns’ mammoth 16-hour love letter that debuted on PBS last night. You know what you’re going to get. This time the subject matter is right in my wheelhouse, and as the proud owner of several thousand country-ish music albums I expected to hear and see a lot of very, very familiar material.

I did, and I didn’t. Last night’s episode, which essentially covered the creation of the world through 1933, offered the expected summaries of the origin of the Grand Ole Opry and the simultaneous discoveries and ensuing careers of the Carter Family and Jimmie Rodgers, both the fortuitous handywork of record producer Ralph Peer, who ventured off to God-haunted Bristol, Tennessee in 1927 and basically launched a musical genre. This is fairly well-known territory to country music fans, but there were still some surprises along the winding mountain road. I particularly enjoyed the tale of the blueblood denizens of Nashville, the “Athens of the South,” who were alarmed by the hillbilly music coming out of their fair and enlightened city. After the bluebloods insisted that an hour of highbrow opera should precede what was then called the Saturday Night Barn Dance radio show on WSM, SNBD emcee George D. Hay gleefully announced as he went on the air, “You’ve just heard opera. And now it’s time for some grand ole opry.” The name stuck. The bluebloods, presumably, went back to sniffing haughtily.

It’s a theme that I suspect will be revisited in the episodes to come. Growing up, I was certainly led to believe that country music was the exclusive domain of inbred cretins and racist rednecks. I still know people who automatically dismiss the genre as music unfit for civilized humanity. But, as Marty Stuart so aptly put it in a talking head appearance last night, “country music is soul music.” And so it is. It is cornpone and bad puns, pickup trucks and long-gone darlins, songwriting by the numbers (there is, in fact, a Music Row where nameless, faceless Bards For Hire churn out the formulaic hits, one cliché at a time). But at its best it touches the deepest of places. I first heard it, really heard it, as a freshman in college when a country poet disguised as a hippie, one Gram Parsons of The Byrds, sang “It’s a hard way to find out that trouble is real/In a faraway city with a faraway feel.” That one burrowed deep. I’ve been looking for and finding those connections ever since.

So I’m really psyched about this Ken Burns documentary. My guess is that we’ll get to meet Hank Williams tonight. There’s some soul there, too.