The Winter of Twee 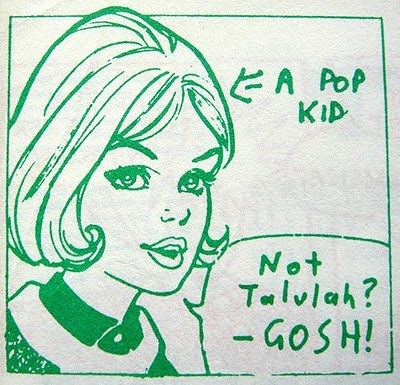 Other than a few recent albums I’ve had to review, I’ve been blissfully unaware of newly released music for the past few months. That’s because I’ve been caught up in exploring the musical genre that goes by the unfortunate name of Twee. The dictionary defines the term as “affectedly or excessively dainty, delicate, cute, or quaint.” Yep, it is that. Supremely catchy, too.

A Pitchfork article describes the label’s application to music as follows:

For their musical cues, they looked to the quaintest, least-cool roots of youth-culture music: girl-groups, 1960s guitar jangle, bubblegum chirp, rainy-day balladry. Their lyrics toed the lines between schoolboy earnestness and arch, bratty simplicity. Their guitar playing revolved around elementary chord strumming, and their production ranged from no-frills to downright primitive. Their performances were so amateurish that the word "shambling"-- as in "shambling along"-- became one name for the scene. Their fashion sense was deliberately plain, like children dressed by their mothers: stripy shirts, librarian skirts, and enough anoraks (parkas) to make that word a genre name. Their gender politics weren't just egalitarian: If anything, they celebrated the girly and the sweet, so much so that the word "twee"-- pronounced the way a baby might say "sweet," and meaning cloying, or overly precious-- became the biggest insult leveled at them.

So, there you go; music for nerds, dweebs, and nebishes. Sign me up.

The truth is, I had already been sorta signed up for a while. The best-known exponents of the genre – UK and Scandinavian dweebs Belle and Sebastian, Camera Obscura, Kings of Convenience, and The Clientele – were already well known to me. They were bookish, a little shy and socially awkward, and supremely melodic, traits that serve bookish music fans perfectly well. But I had never really explored the genre in depth.

That all changed with an album that showed up in my mailbox in the fall, the debut release from Allo Darlin. Allo Darlin was the brainchild of a London-by-way-of-Australia waif named Elizabeth Morris. She and her band sounded like a Cockney version of The Shangri-Las or The Ronettes, and wrote songs that managed to quote Weezer, Johnny Cash, and Doris Day and still sound utterly fresh in their quirky specificity. One song recounted how she fell in love with her boyfriend while making chili. It was the kind of homespun detail that just sounded right, like something that might actually happen in the usual extraordinary life. The songs had breezy melodies, witty lyrics, chiming guitars, and a serious backbeat, and they were all about being young, full of life, and in love with music. Plus, they rhymed "platonic" and "gin and tonic" while the guitars played the riff from Van Morrison's "Brown Eyed Girl.” I was sold.

A little Internet research revealed that Elizabeth Morris was also in a band called Tender Trap, a throwback name to the ring-a-ding ‘50s, but a full decade ahead of that reference point in their sound. Again, Phil Spector’s girl groups were the touchstone, but this time Elizabeth was content to play guitar. The vocals were handled by one Amelia Fletcher. And who was this Amelia Fletcher? It was Internet research time again. Oh, my God. Or, more correctly, Oh, my gosh.

Amelia Fletcher, it turned out, was merely the godmother of Twee. A quarter century, three band name changes, and a dozen albums later, she was now fronting Tender Trap. But what had come before was mind boggling.

Let’s start with Talulah Gosh, since that’s where it all starts. The only album you’ll find, and the only album you’ll need, is Backwash, which compiles the only 25 songs the band recorded. It’s a masterpiece, front to back, a 5-star album that effortlessly captures the appeal of the entire genre: manic, jangly guitars, sweet girl group harmonies, and songs about falling in love. There’s an appealing, to-hell-with-it amateur patina over the whole enterprise. It sounds like, and probably is, the product of smart kids who love music and who never thought that their garage band bashing and chiming would go anywhere.

Amelia’s ensuing bands – Heavenly, Marine Research, and Tender Trap – merely continue the tradition, albeit in slightly more polished, better produced ways. Nearly all of the dozen albums are great. I would guess that two-thirds of my listening time over the past three months has been taken up with this music. I don’t regret a second of it. I would vote for Amelia Fletcher as Empress of the Universe.

But I should note a few of the other notable discoveries of the Winter of ’11. There is, of course, an American counterpart to the sound, and the primary exponent is one Rose Melberg. Rose’s earlier bands – Tiger Trap (not to be confused with Tender Trap), Gaze, and The Softies – pick up where Talulah Gosh left off.

Australia’s The Lucksmiths make consistently great guitar-based pop music that might be Twee, and might be merely R.E.M.- and Go Betweens-influenced jangle. Whatever it is, you’ll find ten or so soft rock/jangle/precious albums that feature one exquisitely crafted pop song after another.

And Columbus, Ohio’s own Super Desserts are a worthy addition to the party, making idiosyncratic, chirping music that owes as much to Sufjan Stevens as it does to Belle and Sebastian on their album Twee as Folk.
Posted by Andy Whitman at 9:50 AM

The School is a fine little record. Check out Norma Sass, a quintet from Oslo. A but polished, but some lovely melodies.

Had no idea about Talulah Gosh, I'll have to ask my wife about them, this is right up her alley.

I always thought Talulah Gosh was more punky than twee; I'll have to take another listen. Neato post, thanks for the history.

There's definitely some punk influence in Talulah Gosh, and that's been one of the surprising revelations in this exploration. I'd always associated "Twee" with "wimpy," but TG isn't wimpy at all. It's in-your-face but highly melodic, hook-filled rock 'n roll at the same time. It's pretty great. Amelia Fletcher's subsequent bands tone down the punk influences somewhat, but they're still there. She's my hero(ine).