Five reasons to feel good about the new year. 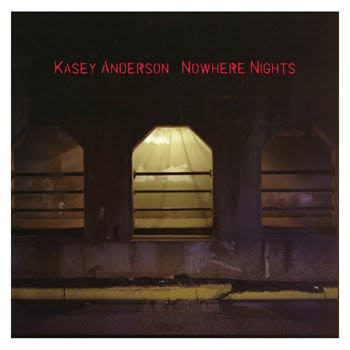 First the bad news: Kasey Anderson doesn’t do anything Steve Earle hasn’t been doing for thirty years. Now, the good news: for most of the past decade, Kasey Anderson has been doing it better than Steve Earle, and his fifth album Nowhere Nights does nothing to diminish his growing reputation. Kasey‘s sound has evolved a bit, and understated strings pop up now and again to sweeten the usual alt-country instrumentation. But Kasey is the star here, and his straightforward narrative songwriting slots nicely into the hallowed Townes Van Zant/Steve Earle/Guy Clark Texas tradition. The 11 tracks are fairly evenly divided between sadsack acoustic ballads and rootsy bar band rockers. “You always said you were a hopeless romantic,” Kasey sings in his best raspy drawl. “Well, here’s all that hopeless romance you said you were waitin’ for.” It’s a line for a hardcore troubadour, and Kasey fits the boots. 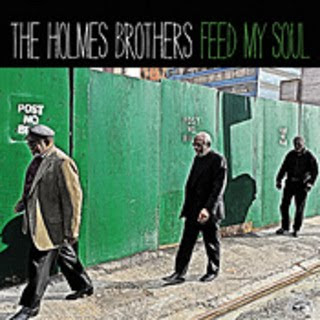 The Holmes Brothers—Feed My Soul

The Holmes Brothers – Wendell and Sherman, and honorary brother Popsy Dixon – have been serving up a gumbo of gospel, blues, country, funk, reggae, roots rock, and soul for more than thirty years. 2007’s State of Grace brought them an expanded audience, and new album Feed My Soul is likely to build upon previous triumphs. The NPR-ready guest list featuring Joan Osborne, Catherine Russell, and members of Ollabelle can’t hurt. But the reason to listen, as always, is the superb singing from the brothers, real and honorary, ranging from Wendell’s superb falsetto pleading on the title track to Popsy’s soaring lead vocals on the unadulterated gospel of “Take Me Away” to Sherman’s soulful melismas on the tender ballad “I Saw Your Face.” As always, the brothers mix fine originals with an exquisite choice in covers – this time The Beatles’ chiming “I’ll Be Back” and the swooning doo-wop of Johnny Ace’s “Pledging My Love.” The originals, highlighted by Wendell’s agonized “Fair Weather Friend,” which recounts his recent battle with cancer, are raucous, joyful, sorrowful, lusty, and reverent. They cover the gamut of real life, and they do so with honesty, pathos, and humor. Utterly uncategorizable except for the honesty and the heart, it’s best to simply call Feed My Soul great. 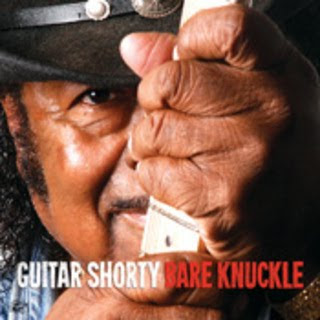 Seventy-year-old Guitar Shorty (nee David Kearney) is one of the last of a dying breed. He recorded his first album thirty years after he’d been playing with Little Richard, Willie Dixon, Sam Cooke, and Ray Charles. In between he worked as a mechanic in L.A., married Jimi Hendrix’s sister, and jammed on the weekends with half the musical royalty of that very musical city. He’s as great a blues guitarist as Buddy Guy (better, really, because Buddy’s been showboating and living off his deserved reputation for a long, long time now), but he’s not nearly as well known, and his latest album probably won’t change that perception. But it’s another great blues record, one in an ongoing series, and if you love to hear stinging blues guitar in the tradition of Albert King, Lonnie Mack, or Stevie Ray Vaughan, you can hardly do better. There are lyrics here, of course. ‘Please, Mr. President, lay some stimulus on me” is one. You get the idea. But however timely or well-intentioned they may be, one doesn’t really listen to Guitar Shorty for the lyrics. He’s called Guitar Shorty for a reason. He’s a guitar god, and he simply unleashes one great solo after another. 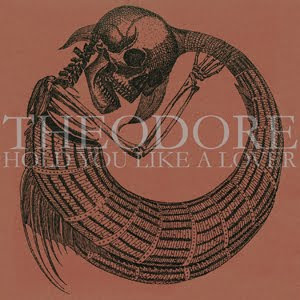 St. Louis cowpunks Theodore ply familiar Neil Young Harvest territory on their debut album, with harmonica and lonesome pedal steel featured prominently. Lead singer/songwriter Justin Kinkel-Schuster has Young’s nasal tenor and Ryan Adams’ world-weary sigh, and he can write an engaging tale of down-and-out losers. He’s particularly effective on the eerie and unsettling “Death’s Head,” an epic track which starts off as a Country Goth funeral dirge and ends up as a sort of sci-fi freakout, complete with distorted feedback and ‘50s B-movie spaceship sound effects courtesy of the theremin. But the real highlight here is the way the horns weave in and out of the dusty proceedings, adding a sort of dissolute Salvation Army Band counterpoint to the expected country-folk fare. This is a decent alt-country debut made far more intriguing by the unusual instrumentation. 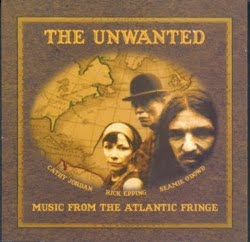 The Unwanted – Music From the Atlantic Fringe

It’s not exactly a novel approach; fusing the traditional folk songs of the Auld Country with the plaintive string music of the Appalachians. After all, this is music that shares common roots, and many musicians – most notably, The Chieftains – have explored the relationships between the hollers and the Dublin pubs. But the trio of musicians who make up The Unwanted – two from County Sligo, one from California – find new and unexpected connections that make Music From the Atlantic Fringe a delight. Consider the opening track, a spirited cover of Leadbelly’s “Out on the Western Plains” that inexorably morphs into a four-part reel. The songs are split evenly between Old and New Worlds, but the real treasures come from the Old, with Sligo tenor Seamus O’Dowd unveiling a mournful brogue, which he displays in all its soulful glory on ballads “The Diamantina Drover” and “Turn the Corner.”
Posted by Andy Whitman at 11:06 AM

Saw the Holmes Brothers in concert a few months ago. You didn't mention how superb a guitarist the lead singer is. And I guess I didn't realize it from just listening to their studio CDs, so it was a nice bonus.

I live in Saint Louis and my band has played with Theodore a couple of times and has a show coming up with them soon, so I concur that they are a very good band. They're particularly excellent live.

I read your blog and opus.fm frequently and really enjoy it. Keep it up!