Favorite Albums of the '00s 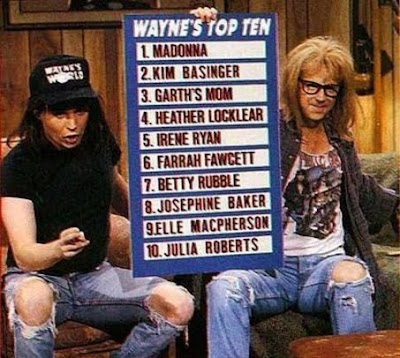 Here's my current take. This could change, as early as tomorrow. I'll try to add some commentary in the days ahead.
It might be worth noting that "Favorites" does not translate to "Best." "Best" would imply some overarching knowledge of the music released in this decade, and I don't have that knowledge. It also would have to account for cultural impact, general popularity, musical innovation, and all those other factors that typically cause reviewers to agonize long into the night. I didn't agonize over this. I also didn't think about jazz, classical, or several other genres of music I like a great deal, but which seem out of place in a list like this. For better or worse, this is a pop/rock/indie list. It's what I focus on the most, although hardly exclusively.
Here's the methodology I've employed: I thought about the music I've played the most, and that has meant the most to me. Hence "favorites." Some of the albums are integrally bound up in personal events in my life, and therefore hold a special meaning that wouldn't apply to anybody else. I'm okay with that. Some of them were hurled out into the great void and barely caused a ripple, selling perhaps a few thousand copies. If you're looking for ripples, read about Britney and the still dead Michael Jackson. But this is the music, minus a few jazz combos and symphony orchestras, that has meant the most to me this decade:
1. Joe Henry -- Tiny Voices
2. Bob Dylan -- Love and Theft
3. The Hold Steady -- Boys and Girls in America
4. Arcade Fire -- Funeral
5. Sigur Ros -- ()
6. Sun Kil Moon -- Ghosts of the Great Highway
7. Beck -- Sea Change
8. Ezra Furman and the Harpoons -- Banging Down the Doors
9. Southeast Engine -- A Wheel Within a Wheel
10. Various Artists -- O Brother, Where Art Thou? Soundtrack
11. Caitlin Cary and Thad Cockrell -- Begonias
12. Eels -- Electro-Shock Blues
13. Sufjan Stevens -- Illinoise
14. Lupe Fiasco -- Food & Liquor
15. Jamey Johnson -- That Lonesome Song
16. Art Brut -- Bang Bang Rock 'n Roll
17. Frightened Rabbit -- The Midnight Organ Fight
18. Godspeed You! Black Emperor -- Lift Your Skinny Fists Like Antennas to Heaven
19. Camera Obscura -- Let's Get Out of This Country
20. The Decemberists -- The Crane Wife
Honorable Mentions
Joe Henry -- Civilians
Joe Henry -- Blood from Stars
Son Lux -- At War With Walls and Mazes
Outkast -- Stankonia
Bettye Lavette -- I've Got My Own Hell to Raise
The Strokes -- Is This It?
Neko Case -- Fox Confessor Brings the Flood
The Thermals -- More Parts Per Million
Willard Grant Conspiracy -- Regard the End
Buddy Miller -- Universal United House of Prayer
Jolie Holland -- Springtime Can Kill You
Al Green -- Lay It Down
Nick Cave -- Abbatoir Blues/The Lyre of Orpheus
Josh Garrels -- Jacaranda
The Clientele -- Strange Geometry
Patty Griffin -- 1000 Kisses
U2 -- All That You Can't Leave Behind
El-P -- Fantastic Damage
Kathleen Edwards -- Back To Me
Ted Leo and the Pharmacists -- Hearts of Oak
The New Pornographers -- Twin Cinema
Over the Rhine -- Ohio
The Black Keys -- Rubber Factory
Interpol -- Turn on the Bright Lights
The White Stripes -- White Blood Cells
Posted by Andy Whitman at 8:32 AM

Thanks for sharing, Andy.

The truth is that I could easily list 500 or 600 albums in that Honorable Mentions category. "Time (The Revelator)" would certainly be on that longer list. Stopping such a list is always somewhat arbitrary, as is singling out 20 of those albums as somehow better than the rest. Nevertheless, that's my take, at least as of today.

Good to see Josh Garrels getting some love. That guy makes great music.

For fans of Josh Garrels living in the Midwest (Andy's review of his CD 'Jacaranda' in Christianity Today turned me on to his music) he is playing at 7 PM at Huntington College, 509 East State Street, in Huntington Indiana this Friday night, December 4.