Favorite Albums of 2011, With a Bit of Commentary 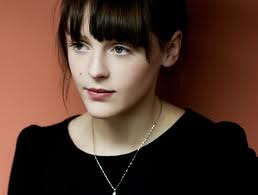 Ambrose Akinmusire – When the Heart Emerges Glistening
The Black Keys – El Camino
Richard Buckner – Our Blood
Ry Cooder – Pull Up Some Dust and Sit Down
Dropkick Murphys – Going Out in Style
Peter Gabriel – New Blood
Josh Garrels – Love and War and the Sea in Between
Joe Henry – Reverie
Van Hunt – What Were You Hoping For?
King Creosote and Jon Hopkins – Diamond Mine
Lydia Loveless – Indestructible Machine
Laura Marling – A Creature I Don’t Know
The Milk Carton Kids – Prologue
Over the Rhine – The Long Surrender
Paul Simon – So Beautiful or So What
Southeast Engine – Canary
Craig Taborn – Avenging Angel
tUnE-yArDs – Whokill
Veronica Falls - Veronica Falls
Gillian Welch – The Harrow and the Harvest

Ambrose Akinmusire and Craig Taborn made my favorite jazz albums of the year. Akinmusire approaches his trumpet from a more mainstream hard-bop tradition, but his original compositions are lovely and fresh. Taborn mixes jazz and classical chops on his long solo piano album. It's a little of both, and a little of neither. Think of it as improvised Debussy and Ravel, with some Bill Evans thrown in for good measure.

The Black Keys made my favorite rock 'n roll record of the year. There's no curveball here; it's just straightforward soulful blues and boogie, and it's a lot of fun.

Richard Buckner, Lydia Loveless, Gillian Welch, and Southeast Engine cover my much beloved alt-country/roots territory, albeit in distinctive ways. Buckner's still an indescribably sad, poetic folkie mopester, while Loveless tears it up. She's like Neko Case's foul-mouthed cousin. Where Neko went to art school, Lydia went to a lot of punk concerts, drank too much, and got pregnant at an early age. She's been disappointed by and looking for love ever since. Gillian Welch and partner David Rawlings continue on their iconoclastic ways, writing and recording songs that sound like they should have emerged from the Dust Bowl, but emerged from 21st-century Nashville instead. Southeast Engine's album is a lovely fiddle and banjo-driven song cycle set in southeastern Ohio during the Depression years; years which sound a lot like 2011.

It was a good year for the old coots. Paul Simon released his best album in a couple decades, and Peter Gabriel rediscovered his old songs but put a distinctive spin on them; rerecording many of his best-known works with a decidedly non-stodgy symphony orchestra. The new arrangements make all the difference.

Ry Cooder made a non-didactic protest album at least partly directed at my current employer, which makes it the most interesting kind of protest album. His guitar work, when it shines through, is still a wonder of economy and soul.

Laura Marling (shown above) made a muted, beautifully sung album that was scary in its lyrical intensity. Merrill Garbus, AKA tUnE-yArDs, made a loud, in-your-face, cut-n-paste album stylistically that turned out to be a fair amount of fun lyrically.

Van Hunt did for R&B what Janelle Monae did in 2010. He made an album that fits within an easily identifiable genre, and he did it by exploding all preconceptions about that genre, and incorporating influences from all over the map.

Joe Henry made another dark, mysterious and lovely album -- part lounge music, part blues, and all poetry -- from his late-night saloon.

The Milk Carton Kids managed to simultaneously conjure memories of The Everly Brothers and The Louvin Brothers. And they did it without being brothers. The Jayhawks, too, but they're not brothers either.

Veronica Falls did trashy '60s girl group schmaltz with a gothic twist. They were my favorite guilty pleasure of the year.

Dropkick Murphys continued to do what they do, which is combine The Ramones and The Clancy Brothers into something that vaguely resembles The Pogues, but which rocks harder and is a lot more humorous.

King Creosote and Jon Hopkins -- one a dour Scots folkie, the other a British electronica artist -- made my favorite album of the year. There, I picked one. Creosote's songs here -- about aging and mortality, and losing the best thing in your life -- are simply ravishingly sad and lovely, and perfectly augmented by Hopkins' found sounds and gentle tape loops.

Finally, Over the Rhine and Josh Garrels made my favorite faith-based music this year; the former a smoldering, soulful meditation on love over the long haul, and the latter an astonishing amalgam of hip-hop, folk, and soul that manages to be both poetic and forcefully prophetic.
Posted by Andy Whitman at 4:23 PM

Great list. We mesh on the Over the Rhine and Creosote/Hopkins. And no Bon Iver +1!

No Bon Iver, who wouldn't have even made my Top 100. Dude is pleasant but boring.

(What was Paste thinking?) I liked "For Emma" plenty (reminded me your Jacob Golden find a few years back) but the new's a snooze.

Love the inclusion of Creosote/Hopkins. Gorgeous.

Was the most recent Low Anthem a '10 release? Or did you not like it? For some reason I remember you liking them....

Hey, Andy. Love your blog. I can't find an email address. Can you check out The Pinkerton Raid at pinkertonraid.com? We're releasing a new album on May 22, 2012 and would love your review!